Arsenic not only in adult food but infant formula

You may hear that switching to all organic foods can be the best thing to do. What about when you choose to make the switch to Organic Infant Formula and Organic Cereal Bars because you think it’s the right thing to do for your child? After all, you are just trying to give your baby the best nutrition and want to see him or her be the healthiest they can be. It is extremely scary when you try to do such things and then you hear that this organic way you chose for your child contain arsenic. So, now what do you do?

There was actually a study done on the Organic food and it came out indicating that organic brown rice syrup which is an ingredient that is often used as a healthier alternative to high fructose syrup, is actually a horrible source of arsenic in food. Unfortunately, consuming foods that have arsenic levels in them can increase someone’s risk of cancer. So, it’s essential to make sure you are keeping up with the News and the research going on so you aren’t left out and still consuming this food. Not all organic food is bad so you should not be scared to still go out and purchase it. You should just keep up with the latest news so you know what to stay away from

After the study, the results were that in these common foods, there were very high levels of arsenic:

Arsenic in your food

There were recent studies that discovered that rice can very well be a major source of arsenic. There has to be another study to figure out if the arsenic is just in rice or in rice-based products, as well as other foods. However, the levels of arsenic that are found in infant formulas are highly concerning because of the infant body being so small. There is also a high concern because of course the levels of arsenic in the infant’s formula could make for health conditions for them in the future. There are no rules as of yet in the United states regarding how much arsenic is allowed in the food we eat. Of course what you can do until there is more research is just limit the foods you eat that they have found arsenic in. The researchers have stated that it’s not going to hurt someone to have an occasional cereal bar but if consumed in large amounts, of course you may end up getting sick from it. So, just use caution until they rule out more.

kshamicaMDherbs.com products that may be beneficial in helping to remove toxins, including arsenic from your body include: 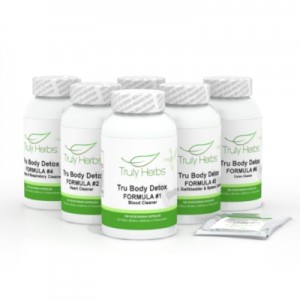